Get fresh music recommendations delivered to your inbox every Friday.
We've updated our Terms of Use. You can review the changes here.

Virga and Fugue by Apollyon 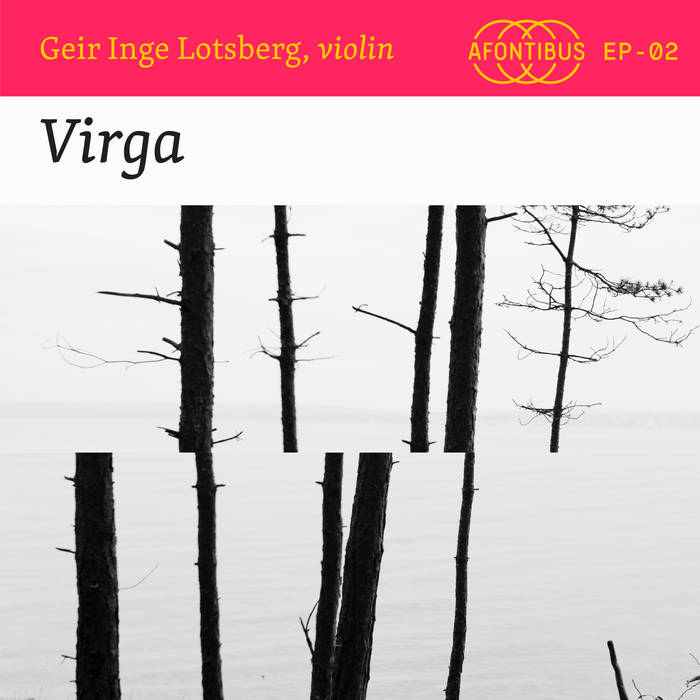 Several years after I had given the world premiere of the solo sonata Episeme and had recorded it, in 2003-2004, I asked Apollyon if he would compose a shorter piece for solo violin. Unexpectedly, as a gift and a pleasant surprise, the score for Virga arrived in the post in 2009. I was able to play it for the composer in 2010, after which he made a few changes. Virga proved to be a real challenge. It has taken me quite some time to figure it out, both musically and instrumentally, but I was never close to giving up. The piece generates a number of possible interpretations, and demands intense concentration during execution. Unfortunately, the composer passed away in the summer of 2015, before I made this recording.

Apollyon wrote the following commentary about Virga:
“Virga is a neume, and can be perceived as a ‘full stop’ in the middle of a Gregorian verse at the same time as there is a good flow on either side of it. In this piece there is a situation of constant ‘give and take’, in both dynamics and tempi, and there are contrasts in both cantabile melodies and rough chordal riffs. The fragmentary form can also be designated ‘moment form’, and is built around a small core of an idea about the Virga theorem. I have made use of CAC (computer-aided composition) with the aid of the PatchWork program.”

Fugue, the third and final movement of Episeme, also works well as a stand-alone work. It is a masterful piece, full of energy and drive. The composer uses both the traditional fugue form and the relatively limited polyphonic capabilities of the violin with impressive originality.

Nicolay Apollyon (Kjell Johnsen) (1945-2015) was an organist and composer. He earned a degree from the Oslo Conservatory of Music, and continued his studies in Munich under Karl Richter and in Paris under Jean Langlais and Olivier Messiaen. Apollyon held his debut concert in 1970 and was the organist at Sofienberg Church in Oslo from 1971 to 1984.

As a composer, he often focused on the interaction of computer technology with musical instruments. Apollyon’s music bears the influence of German polyphony, French modernism and the Baroque and Renaissance styles as well as the music of Southeast Asia. He was interested in the origins of music, and worked extensively with the rhythmic and melodic representations of neumes (palaeography and semiotics) that lead to Gregorian antiphony. His music belongs to the “new complexity” tradition whose roots are found in the aesthetic of the serial avant garde.